When to start uptraining gymnastics skills

Alright today I’m going to talk a little about one of my general philosophies. Now, it doesn’t always pertain to ALL skills and sometimes it varies a little but I think it’s a pretty good one for most skills. That is I want gymnasts working the drills and progressions for a skill two years before they plan to compete it. Now let that’s not to say I always want them DOING the skill two years before they compete it (because well, that would often be ugly), but I want them developing that specific muscle memory so that two years down the line that skill is going to be consistent.

Here is my first example. This is a stalder drill. Say you want your gymnasts to stalder in level 8, depending on your gyms philosophy about levels 6 and 7 you could/in my opinion should start drilling this stuff in level 5 (with this drill I think you could go even earlier).

I’ve posted this video before but it’s very apropos and it’s worth watching again. If you want your kids to yurchenko (well) at level 8, you should be working yurchenko drills two years prior (at least) so level 5/6 depending on your gyms philosophy. I would actually start earlier than that with cartwheel step-ins up to a panel mat etc. at level 4 if your gymnasts have the technique for it. 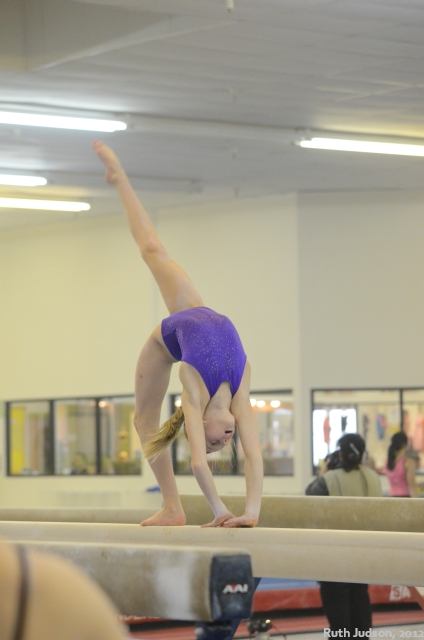