At the Oregon State Gymnastics Clinic Brain Amato (Oregon State Assistant Coach) demonstrated my preferred way of teaching twisting on tramp (and in general really). So I thought I would share that progression of videos with you today. There are some things I really, really like about these progressions. 1) It’s easy to take a lot of turns 2) With the one arm drop I find that kids end up with a lot less direction confusion 3) It’s fast, I find gymnasts get their fulls a lot more quickly. 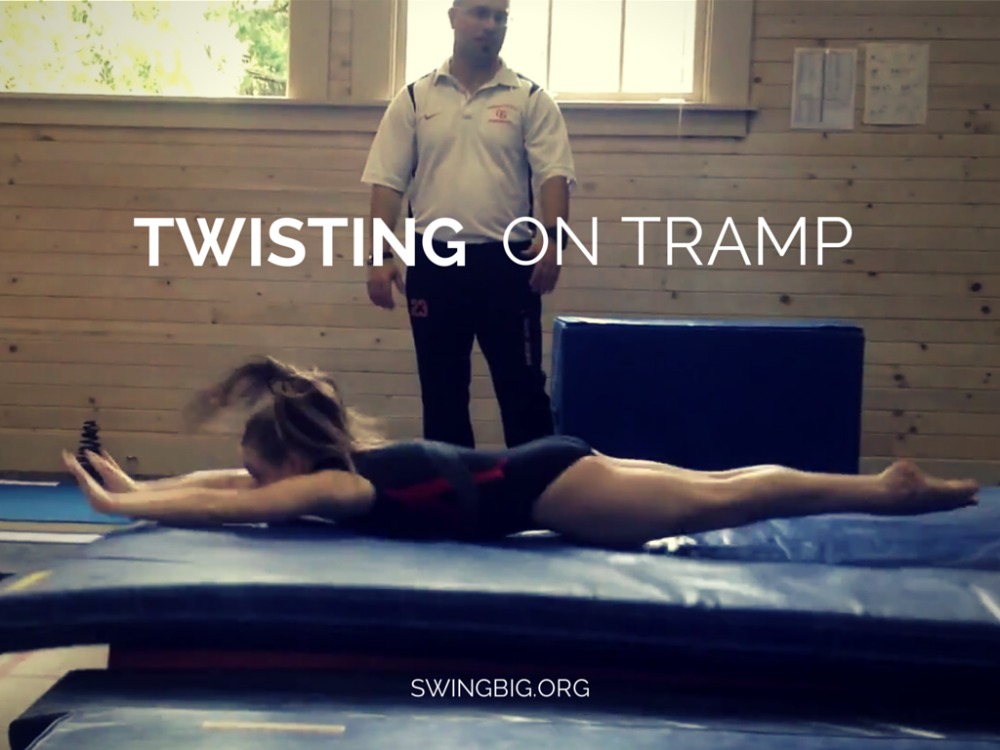 This first progression is just a back layout to stomach with arms by ears. It should be done in a straight body (ie. no arch). That will make the twist happen exponentially easier when they start dropping an arm.

This is the second progression. Same back layout, then drop an arm and roll over to back.

Third progression is to do the arm drop and roll just before they land. If they land sitting up it’s usually because they are ducking their chin.

Fourth progression which I don’t have on video is the same as progression three, but they then drop their second arm and roll to their stomach.

After these the fulls come pretty easily.