I hope you had a fun end to your last week. I know I sure did. I just got back from the JAOVideos camp late last night and I have to say, it was a BLAST. So many corrections, improvements, new skills, new confidence etc. I’ll do a recap later this week (including pictures), but it was AH-MAZING.

So, enough about that. Today I wanted to share a couple drills that I use when teaching gymnasts how to kip, and kip-cast. Remember when I said that my philosophy with kip-casts is to teach it as early as possible? I.e. don’t wait until they have a kip to start talking about that connection. Well one of these videos is a drill I often use. 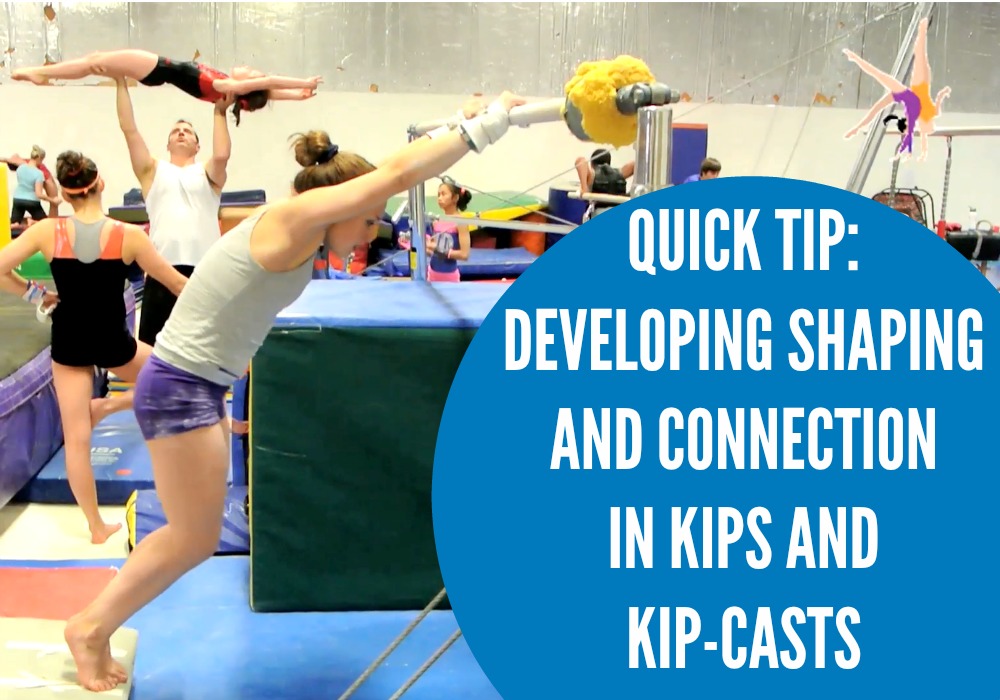 This first drill is one that I often use to develop shapes in the back of glides (I would change the front of this glide a little, but really I want to focus on the back). I find that when you add the jump to the bar, no matter how well you’ve shaped your gymnast on the board they will often lose it in the air. So I take a step back, and have them hold onto the bar. What I want is a nice round back and LOTS of pressure on the bar. Once they can do that, AND jump to the bar and push on it, we can start putting them together. But this is great for building muscle memory. The first attempt at this in the video is better than the second. The other thing I would do here is put a block in front of her so that her toes go up at the end of the glide instead of down.

This second one is one I really like for developing the connection between the kip and the cast. It also helps develop the pull down action. The nice part about this drill is that because you’re holding onto their feet, you can hold them forward so that your gymnast hits that compressed shape really easily.