A few thoughts on circles on bars

Today I wanted to share a couple really nice videos pertaining to circles on bars. Two of the major things that circles need are a ton of repetition (this really can’t be skipped), and a good concept of technique. And that’s exactly what I want to share with you in these videos. 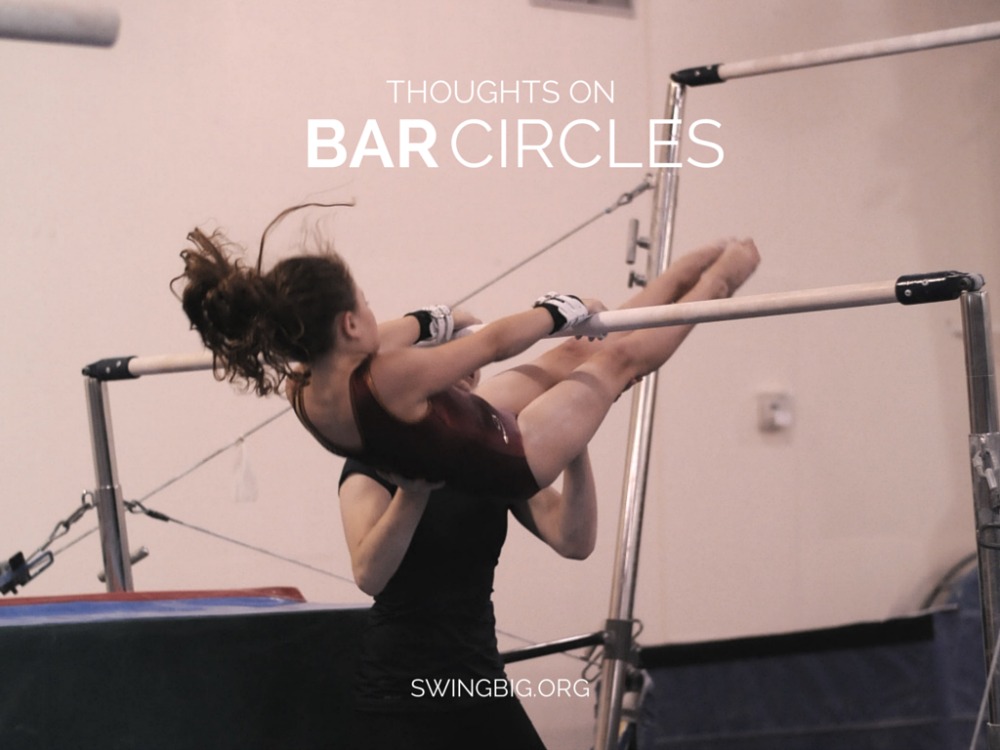 This first video is a really nice set of stations emphasizing keeping pressure on the bar. With everything else that goes on in circles (front and back) I think that this is actually one of the things that gets overlooked most frequently. Also, remember what I was saying about unused boys equipment on Monday? That p-bar set-up is awesome.

This second video is of clear hips on strap bar. And I put this in this post because I HIGHLY, HIGHLY, HIGHLY encourage you to have gymnasts do clear hips on strap, for many reasons. The first of which is that they can take a million turns, well maybe not, but they can do a lot. The number of turns they can take on strap far exceeds that of a normal bar. The other part is that you can get gymnasts opening up earlier (even too early) without fear. Stick an 8″ on the ground so it’s soft and let them experiment. This will get rid of them doing the same clear hip for 6 months in a row.