A few of my favorites

Today I’m going to talk a little about switch leaps. There are LOTS of things that can go wrong in switch leaps and as many ways or more to fix them. Personally I like to start teaching switch leaps as soon as they have a good split jump (note I didn’t say leap). That’s because my first progression for switch leaps is generally swing kicks (forward then backward with bad leg), and then switch JUMPS on trampoline. In my mind neither of these require a perfect split leap. That being said, here are a few more drills that will help your switch leaps. 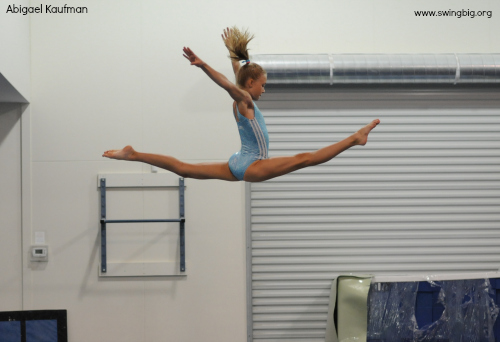 This first one is absolutely fantastic. Love the focus on the open hip angle. How many of you have kids that drop their chests in their leaps? This would be GREAT for them.

This second one is another favorite of mine when it comes to switch leaps. I tend to use it most when kids are in the middle of the learning to switch leap process. I like having the eight incher their because they can land on either two feet or one, and they generally are a lot less worried about how they’re going to land which usually makes for a better leap in the beginning.